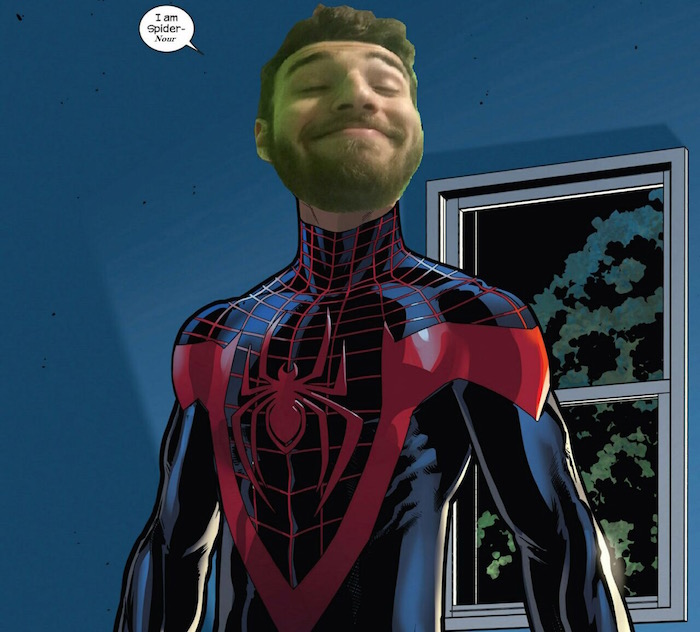 Recent high school graduate, 18 years old, hailing from Toronto, Ontario and planning to study Media Production. Like a lot of Spider-Man fans born in the 90s, I first saw Spider-Man watching the 1994 TV series (which had THE worst series cliff hanger ever).

It was all I did with my spare time as a kid, but as the series was cancelled, my interest faded. I always claimed to be a fan of Spider-Man, but it wasn’t until recently last year that I picked up The Amazing Spider-Man 7.1-7.5, and from there I was hooked. In the span of a few months I had finished Amazing Spider-Man 1-700, Ultimat‎e Spider-Man Volume 1, and Superior Spider-Man 1-31. Since then I’ve kept up with the recent releases and can now truly claim to be a fan. I put off reading Miles Morales under the impression that with Peter gone it wouldn’t be as interesting, but I was definitely wrong on that. Miles Morales has been one of the most refreshing things to happen to the character of Spider-Man in a long time, and he has earned the title hands down. I met Brian and Taz through Reddit and we’re gonna have a blast following Miles’ story.