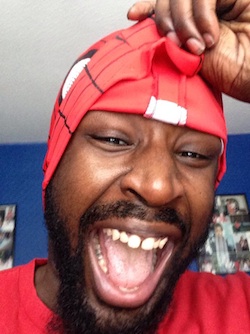 For whatever reason Brian has allowed me on the podcast and until he eventually sees sense and kicks me off you’ll know me as the English guy that has perfected the art of reading the solicitations. I also go by Kyle and I run NerdsUnchained.com but that’s beside the point.

My first interaction with the Spider-Man character itself was the 90s Fox show and I freaking LOVED IT! Even though it hasn’t aged well and for me Spectacular is by far the superior show, it will always have a special place in my heart.

I first started reading comics back in 2011 which was around the time the Death of Spider-Man arc was coming to an end and even then I was pretty sure that this was just a plot to get attention and there wasn’t a chance they would actually kill off Peter Parker. Lo and behold I was wrong. When Miles came onto the scene there was that bit of skepticism that they would just turn him into a black Peter Parker. Thankfully those worries were soon put to rest and I’ve loved the kid since the beginning.

As for Miles on a base level the colour of his skin is a contributing factor. Kind of like the idea that Christopher Nolan’s films tried to hammer is that Batman is an idea, he stands for something and anyone could be Batman and Spider-Man can fit that type of role. I suppose it helps that he has a mask anyway but like any kid I spent a lot of time pretending to be Spider-Man, hell even at 21 I still want to be Spider-Man.