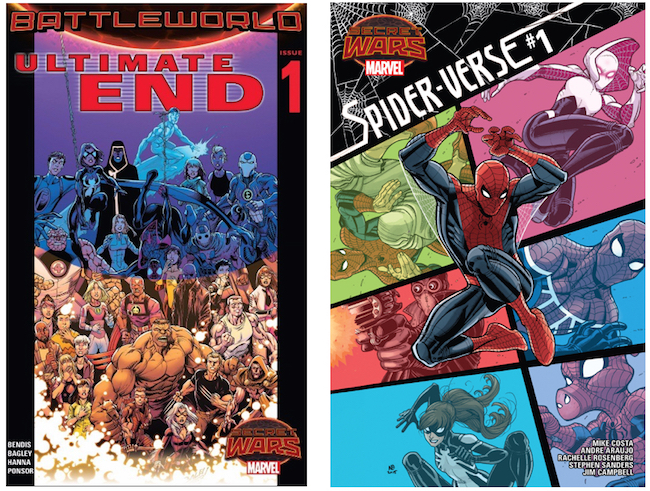 Nour, Kyle, and Brian try to crack the mystery of Ultimate End (it doesn’t go well), and distract themselves with an alternate take on an alternate Spider-character. Listener poll: How are we doing and what would you like to hear on the podcast? Plus your comments and a reminder of our super prize giveaway (it’s not too late and it’s super easy, check it out)!

PLEASE CLICK HERE FOR OUR iTUNES PAGE TO LEAVE A REVIEW!

We’ll be back in June to catch up with Spider-Gwen. Meanwhile, we’d love to hear from you!  Don’t be shy, drop us a line at feedback@ultimatespinpodcast.com!